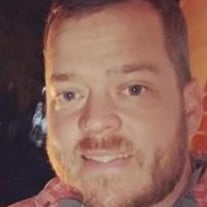 Christopher “Chris” Michael Burchett, 36, passed away unexpectedly from complications of sudden cardiac arrest on Saturday, December 4, 2021 at Unity Health in Searcy, AR. He was in the presence of his loving family. Chris was born in New Orleans, Louisiana on April 8, 1985 to Michael Joe Burchett and Sonya Petway Burchett. He grew up in Searcy and attended Searcy Public Schools, including Searcy High School. After high school Chris attended both Harding University and the University of Arkansas at Monticello. He spent the last several months traveling South America with the love of his life. He had so many wonderful stories and pictures from his time there. Prior to that, Chris worked for Timothy Hill Organization, most recently at their Center Hill Lake location in Smithville, Tennessee. Chris also had the privilege of working for College Church of Christ in years past, where he was, and still is a member. Chris enjoyed spending time outdoors any chance he got, especially if fishing or disc golf were involved. He was so excited to have been able to purchase a pontoon boat while he was working at Center Hill Lake. He spent many happy hours floating around and fishing while he was there. He loved to send pictures of his “latest catch”. He also loved to cook and spend as much time as possible with his family and friends. Chris looked forward to an occasional adventure and was overjoyed to be able to check South America off his bucket list this year. He had a truly amazing time while visiting there. Christopher was genuinely one of the kindest, most thoughtful people you could ever hope to know. He had a calm, laid back spirit that served him well. If you had the privilege of knowing Chris, you know what a blessing he was to everyone in his life. He was loved by all and will be greatly missed by all as well. Chris was one in a million, and thanks to his generous decision to be an organ donor, many others will get to live on through his gift. He was preceded in death by his father, Michael Joe Burchett; grandparents, Bill and Barbara Burchett; and grandparents, Guy and Loudine Petway. Chris is survived by his fiancé, Paola (Pao) Fernandez of Bogata, Colombia; mother, Sonya Petway Harbin and her husband, Dale; sister, Anna Layne and her husband, Chris; nephews, Carson Layne and Christian Layne (all of Searcy); as well as a host of local and out of town aunts, uncles, cousins, extended family, and friends. A memorial service will be held at Powell Funeral Home in Searcy, AR at 1:00 p.m. on Friday, December 10. Visitation will immediately follow. In lieu of flowers, donations can be made in Christopher’s honor to Timothy Hill by going online to timothyhill.org or by mailing a check to Timothy Hill, 298 Middle Road, Riverhead, NY 11901. www.powellfuneralhome.net.

Christopher &#8220;Chris&#8221; Michael Burchett, 36, passed away unexpectedly from complications of sudden cardiac arrest on Saturday, December 4, 2021 at Unity Health in Searcy, AR. He was in the presence of his loving family. Chris was born... View Obituary & Service Information

The family of Christopher Michael Burchett created this Life Tributes page to make it easy to share your memories.

Send flowers to the Burchett family.