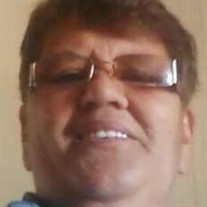 Deborah Sue Hendrix, 64, of Forest City, died on Friday, February 11, 2022 at Unity Health in Searcy. She was born April 15, 1957 in Peoria, Illinois. Deborah was a member of the Oak Hill Church of God. She is survived by her parents, Nancy... View Obituary & Service Information

The family of Deborah Sue Hendrix created this Life Tributes page to make it easy to share your memories.

Send flowers to the Hendrix family.