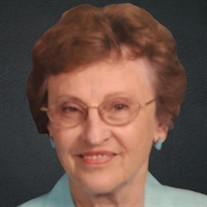 EDUTH MAE ROSETTA CLARK RANSOM, of Allen, Texas (formerly of Sherman, Texas and Pleasant Plains, Arkansas), passed peacefully to be with the Lord at the age of 92 on February 7, 2022. Eduth (Eduth Mae to family) was born November 16, 1929, to Edward W. and Frankie (Bryant) Clark in Pleasant Plains, AR. She accepted Jesus as her Savior and was baptized in Salado Creek when she was 12 years old. Eduth graduated from Pleasant Plains High School and attended Arkansas College (now Lyon College) in Batesville, Arkansas. Eduth married her childhood sweetheart from Pleasant Plains, Lavene Glen Ransom, after he proposed to her from Biloxi, Mississippi where he was in the Air Force. They enjoyed living in California while Lavene was in the service and then they later moved to Little Rock when he began his banking career. Texoma Savings brought them to Sherman, Texas, where daughter Paula Kay was born and raised. Later they moved to Round Rock, Texas, with Eduth working in the Human Resources department of Guaranty Federal in Austin. Their last move brought them to Allen, Texas when they both retired. Eduth and Lavene were married 58 joyous years before Lavene passed away in 2011. Eduth was active in many organizations through the years, including Sigma Beta Phi (Arkansas College), Sherman Service League, Rio Rojo Bible Study Club, Sherman’s 300 Club, First Baptist Sherman, First Baptist Round Rock, Texas Reelers Square Dance Club and First Baptist Allen. She was also active in PTA, she was a Camp Fire mom, and she joined Lavene in all of his organizations too. She was happiest when she had a full day planned with people around her and lots to accomplish. Family was everything to Eduth, and she was a fiercely loyal daughter, wife, mother, sister, aunt, cousin and friend. Eduth had a sparkle in her eye, a quick bright smile and an opinion about everything. She was intensely interested in life and concerned about people. She loved the Lord and His church, Lavene’s jokes and anything Paula was involved in. She would laugh with her sister Wanda Fae until tears rolled down her eyes. She enjoyed a good story, road trips, gardening, old hymns, country music, cornbread (without sugar!), Blue Bell Homemade Vanilla and Arkansas tomatoes. And she was passionate about sports, being an avid fan of the Dallas Mavericks, Dallas Cowboys and Texas Rangers. It was rare that she didn’t have a ball game on tv, radio or both. She was preceded in death by her beloved husband, parents, sister and brother-in-law, Wanda Fae (Clark) Frazier and Farriel D. Frazier of Wichita, Kansas. She is greatly missed and very much loved by her daughter and son-in-law, Paula and Michael Kendall of Plano, Texas, 16 nephews and nieces, plus numerous cousins, grand-nieces/nephews, life-long friends and her family that loved and cared for her in later years: Jeannetta Thompson, Cindy Bass, Iesha Burns, the Thompson/Smith family and Senior Shield Home Care team. Family Visitation in Arkansas will be Friday, February 11, 2:00 pm at the Powell Funeral Home Chapel in Bald Knob, Arkansas, followed immediately by funeral service at 3:00 p.m. Texas family visitation will be on Tuesday, February 15, 2022 at First Baptist Church, Allen, Texas from 3:30 - 5:30 p.m. Arrangements are entrusted to Powell Funeral Home, Bald Knob - Judsonia. www.powellfuneralhome.net.

EDUTH MAE ROSETTA CLARK RANSOM, of Allen, Texas (formerly of Sherman, Texas and Pleasant Plains, Arkansas), passed peacefully to be with the Lord at the age of 92 on February 7, 2022. Eduth (Eduth Mae to family) was born November 16, 1929,... View Obituary & Service Information

The family of Eduth Mae Rosetta Clark Ransom created this Life Tributes page to make it easy to share your memories.

Send flowers to the Ransom family.