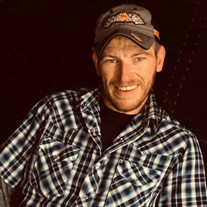 Johnny Dewayne Junior, 33, of Bald Knob went to be with the Lord on October 8, 2020. He was born August 17, 1987 in Searcy, Arkansas to the late Edward Lee Junior and Carol Junior. Johnny is survived by his wife, Megan Biram Junior; 3 boys,... View Obituary & Service Information

The family of Johnny Dewayne Junior created this Life Tributes page to make it easy to share your memories.

Johnny Dewayne Junior, 33, of Bald Knob went to be with the Lord...

Send flowers to the Junior family.