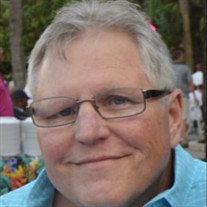 On December 15th, 2020 Richard Burns, loving husband and father of four, passed away at the age of 68. He passed peacefully at home with his family by his side. Richard was born in Little Rock, Arkansas July 12th, 1952 and spent his childhood in El Dorado, Arkansas. He attended college at Ouachita Baptist University and earned a degree in Business. He later studied early childhood education. On May 31st, 1975, he married the love of his life, Belinda Kelly. They raised three sons, Ragan, Chad, and Jared, and one daughter, Mallory. They made a home in Juneau, Alaska for over 20 years before moving back to Arkansas. Richard was an entrepreneur owning his own men’s clothing store. He was a school administrator at Juneau Christian School for 12 years, a commercial construction project manager, and a top sales associate for Clayton Homes. He was known for his dry sense of humor and sarcastic, quick wit. He was full of no-nonsense, perfectly timed wisdom that he gave frequently to his four children, their spouses, grandchildren, friends and anyone who walked through his door needing guidance or simply someone to talk to. He loved playing the organ and was on the church praise and worship team for many years. He is preceded in death by his mother Charlene, his father Otis, and his stepmother Jeanette. He leaves behind Belinda, his adoring “babe” of 45 years. Their marriage was a model of love, perseverance, and plenty of laughter. His son Ragan, his wife Shanna, their son Asher. His son Chad, his wife Heather, their sons Hunter and Carter. His son Jared and wife Allie. His daughter Mallory, her husband David, their children Caleb, Noah, and Hannah. His sister Cheryl, her son, David, daughter, Aimee, his sister Medra, her son Ty and family, and his sister Mary and family. He leaves behind a legacy of Godly wisdom, prayer, and never-ending, unconditional love. He loved us well and will be greatly missed. A celebration of his wonderful life will be held on December 30th. Visitation will be at 1:00 p.m. followed by the service at 2:00 p.m. at First Baptist Church, Searcy, Arkansas. Richard’s family can be contacted at 2309 Orleans Place, Searcy, AR. In memory of Richard, donations can be made to the student ministry scholarship fund at First Baptist Church in Searcy. www.powellfuneralhome.net.

On December 15th, 2020 Richard Burns, loving husband and father of four, passed away at the age of 68. He passed peacefully at home with his family by his side. Richard was born in Little Rock, Arkansas July 12th, 1952 and spent his childhood... View Obituary & Service Information

The family of Richard Keith Burns created this Life Tributes page to make it easy to share your memories.

Send flowers to the Burns family.