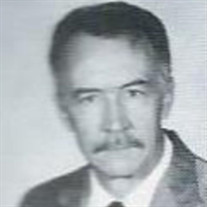 Not sure what to send?

Ward Bryce Roberson was born in Hodges, Alabama, January 17, 1939, and passed away in Little Rock, Arkansas, January 12, 2022. He graduated from Harding University in 1961. After receiving both his MA and Ph. D. degrees from Utah State University, he returned to Harding University in 1967. There, he taught Biology, Microbiology, Genetics, Anatomy-Physiology and retired in 2002. He married Rachel Rivers in 1968. Their daughter, Lydia Karen, was born in 1971. He was predeceased by his parents, Manley and Louise Roberson, and one brother Steve Roberson of Murray Kentucky. He is survived by his wife, Rachel, his daughter, Lydia, who live in Searcy, his siblings, Philip Roberson of Kerrville, Texas, his sister, Laurie Tyra of Tuscaloosa, Alabama, and Keith Roberson of Lafayette, California. Bryce and Rachel attended church at College Church of Christ for 40 years and he taught an adult Bible class most of that time. In 2007, they began worshipping at Trinity Episcopal Church where they are still members. Bryce served three terms on the Vestry. Rachel and Lydia still worship there. In retirement Bryce enjoyed his garden and worked in Master Gardeners for 10 years until his own garden became enough to maintain. He also enjoyed going to the gym and reading books and publications on religion and philosophy. He also wrote a humorous autobiography about his early life which was also a history of the NW Alabama area where he spent his early years. The funeral service will be held at the Trinity Episcopal Church on January 21st at 3:00 p.m. Arrangements entrusted to Powell Funeral Home of Searcy. www.powellfuneralhome.net

Ward Bryce Roberson was born in Hodges, Alabama, January 17, 1939, and passed away in Little Rock, Arkansas, January 12, 2022. He graduated from Harding University in 1961. After receiving both his MA and Ph. D. degrees from Utah State University,... View Obituary & Service Information

The family of Ward Bryce Roberson created this Life Tributes page to make it easy to share your memories.